The week-long celebration of the Forty-fifth Anniversary of AQD on 6-13 July 2018 was capped by the unveiling of two markers dedicated to the two important personalities that made AQD as it is today, not only in terms of research and development but also infrastructure and facilities development. Two of AQD’s buildings being named after them for their valuable contributions to the establishment and development of AQD are the Administration Building now known as the QF Miravite Building, and then Nutrition Building now the DK Villaluz Building. The markers dedicating the respective buildings to these AQD prime movers were unveiled on 13 July 2018 by members of the prime movers’ respective families, and SEAFDEC Officers led by SEAFDEC Deputy Secretary-General, Mr. Akito Sato; AQD Chief, Mr. Dan Baliao; and AQD Deputy Chief, Dr. Koh-Ichiro Mori. 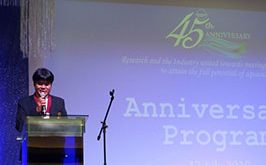 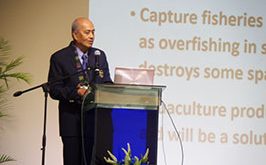