During the 45th Meeting of the SEAFDEC Council in April 2013, the Department of Fisheries (DOF) of Thailand initially proposed the conduct of the ASEAN Fisheries Conference and Exposition, and after receiving full support from the 21st Meeting of the ASWGFi in July, the DOF of Thailand officially announced through a Press Conference, the organization of the said Exposition and Conference with the theme “ASEAN Seafood for the World” on 23 September 2013 at the Sofitel Centara Grand Hotel in Bangkok, Thailand.Officiated by the Vice Minister of Agriculture and Cooperatives of Thailand Mr. Siriwat Kachornprasart, the Press Conference was attended by concerned agencies and institutions in Thailand as well as the Ambassadors to Thailand (or representatives) for Indonesia, Lao PDR, Malaysia, and the Philippines, and officials from SEAFDEC as co-organizer of the Conference. Activities relevant to the event were then subsequently conducted, such as Thai seafood cooking demonstrations, display of exhibition booths by relevant agencies/institutions in Thailand including SEAFDEC, and conduct of a Seminar Session where government, public and private sectors including major Thai fishery-related business sectors, e.g. marine capture fisheries, shrimp aquaculture, discussed and shared views on the issues and challenges in driving the fisheries sector of Thailand towards sustainability in the future.

The ASEAN Fisheries Conference and Exposition “ASEAN Seafood for the World” is tentatively scheduled in May 2015, and the official website would be launched in early 2014. 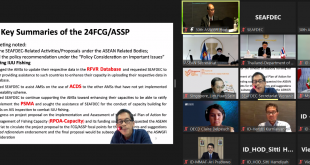 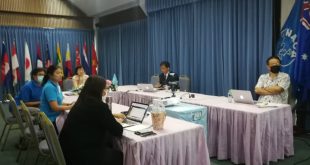