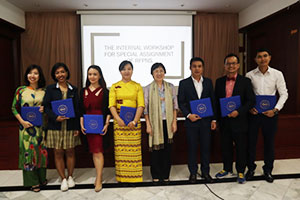 The Internal Workshop for Special Assignment of RFPNs was organized by SEAFDEC Secretariat on 17-19 December 2019 at Prachuap Khiri Khan, Thailand. Supported by Japanese Trust Fund (JTF), the Internal Workshop was aimed at enhancing the capacity of the 2019 Regional Fisheries Policy Network (RFPN) members. As part of the Workshop activities, the RFPN members, together with senior staff of the SEAFDEC Secretariat, visited the Coastal Aquaculture Research and Development Regional Center 2 in Samut Sakhon Province where they had the chance to observe the sea farming activities of the Center, especially the aquatic animal species such as sea anemone, grouper, sea bass, and sea cucumber. This was followed by the visit to the Sea Farming Royal Project Initiated by HM Queen Sirikit in the coastal province of Phetchaburi, where they were informed that with the efforts and initiatives of Her Majesty the Queen, the Project has been able to address the problems on dwindling marine resources.

As a recall, SEAFDEC was requested during the 40th Meeting of Program Committee in 2017 to exert efforts in updating the synthesis of the development of international fish trade. In this connection, the 2019 RFPN members from seven countries, i.e. Cambodia, Indonesia, Lao PDR, Myanmar, Philippines, Thailand, and Viet Nam were tasked to develop and/or update the country profiles on fish trade of their respective countries. Results of such tasks had been reviewed by senior staff of the SEAFDEC Secretariat, after which, the RFPN members presented the semi-final versions during the Internal Workshop. After considering the comments and recommendations made during the Internal Workshop, the final versions of their respective documents would then be uploaded to SEAFDEC website. 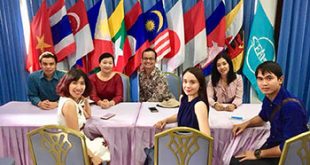 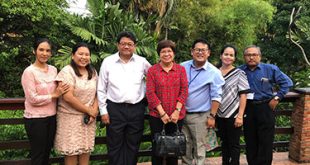 Cooperation among RFPN members at SEAFDEC