SEAFDEC co-organized with the Coral Triangle Initiative-Coral Reefs, Fisheries and Food Security (CTI-CFF), the Intergovernmental Forum on Live Reef Food Fish Trade (LRFFT) from 31 January to 1 February 2013 in Bangkok, Thailand. The forum brought together senior officials and heads of fisheries agencies of the relevant countries to share and synergise strategies and identify solutions to support the development and sustainability of LRFFT industry in each country and for the region as a whole.

LRFFT involves large extent of irresponsible fishing practices including IUU fishing, which leads to overfishing, threatens the coral reef ecosystems, as well as impacts to the marine biodiversity in the broad regional context. LRFFT has continued to expand across the region in response to the increasing demand and shortage of fish supply. Although aquaculture has been practiced for some species, but this could not solve the problem on LRFFT as aquaculture still requires capture of juvenile fish and needs low-value fish as feed. In addition, the complexity of LRFFT which is transboundary in nature, also involves illegal trade of prohibited species in several cases.

After the update on the status of LRFFT, the Forum discussed and identified common approaches to deal with LRFFT, and adopted the “Resolution on Sustainable Live Reef Food Fish Trade for the Southeast Asian and CTI-CFF Member Countries”, with SEAFDEC serving as Interim Secretariat for LRFFT regional forum, and supported by the CTI-CFF Interim Regional Secretariat and the US-CTI Support Program. In this regard, SEAFDEC would submit the adopted Resolution to the forthcoming SEAFDEC Council to seek the support of the other Southeast Asian countries, as well as for the way forward to ensure the sustainability of LRFFT in the region. 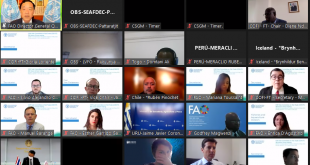 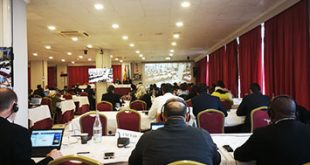